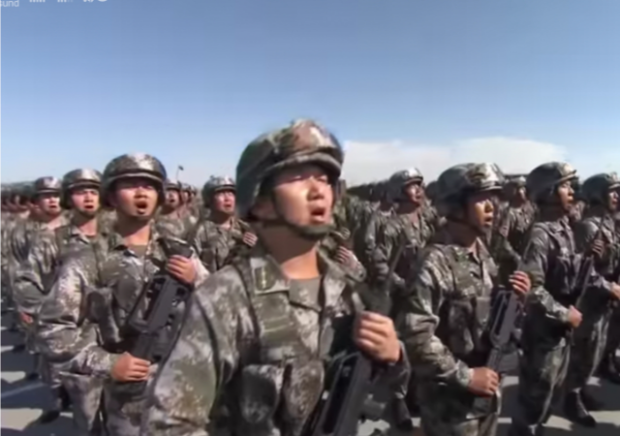 Comment: Like impeachment, the Wuhan virus and its fall out  has held our attention to the point where we hear virtually nothing regarding the rest of the world. China’s aggressiveness has reached the boiling point and can no longer be ignored. What is more disturbing is that the Chinese leadership appears to be utterly confident in making their moves. One wrong step can wreak Hell on Earth.

The border tensions between China and India have escalated once again, after hundreds of Chinese troops crossed into Indian territory. Soldiers of the Chinese People’s Liberation Army (PLA) breached the Indian border at multiple locations in the northern Himalayan region of Ladakh, Indian media reports said on Saturday.

END_OF_DOCUMENT_TOKEN_TO_BE_REPLACED 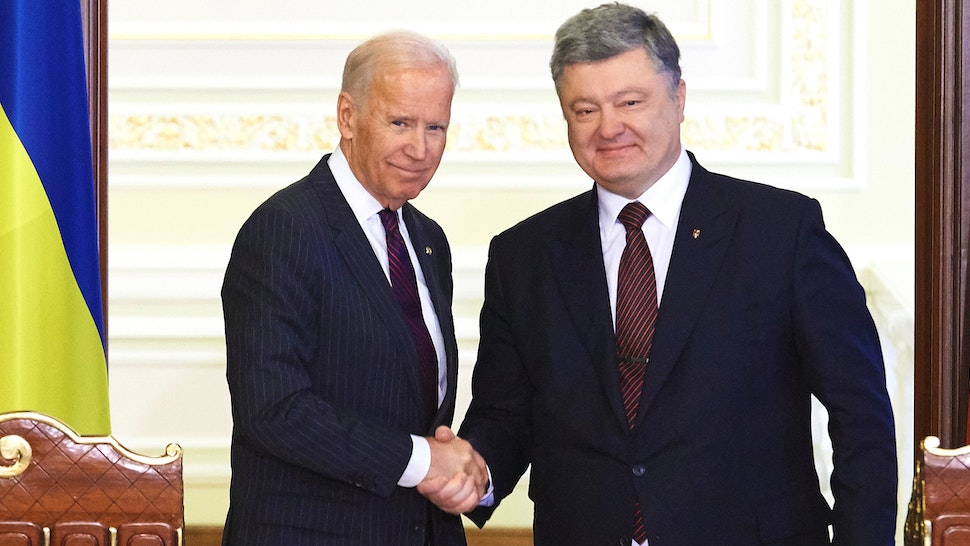 Comment:  My, my, lots of truth rearing its ugly head exposing Uncle Joe for what he really is. He is not only a groper, but a liar and conniver as well.

Andriy Derkach, an independent member of Ukraine’s parliament, said at a press conference on Tuesday that he had received recorded phone call conversations between presumptive Democrat presidential nominee Joe Biden, then-vice president in the Obama administration, and former Ukrainian President Petro Poroshenko, which Derkach reportedly played at the press conference.

The Washington Post reported that the “recordings of private phone calls between former vice president Joe Biden and former Ukrainian president Petro Poroshenko” were “a new broadside against the presumptive Democratic nominee for U.S. president.”

END_OF_DOCUMENT_TOKEN_TO_BE_REPLACED

Comment: Many “knew” from the start that the kumbaya/economic spiel was a front for an eventual totalitarian global government to be ruled by the elites. One good thing emerged from covid-19——it exposed the wider nefarious intent as well as the sheer incompetence of the WTO and WHO for starters.  Is a great awakening about to occur?

It’s Time to Exit Relics of Globalism Like the WTO

What’s good for the global economy” replaced “what’s good for America” as the guiding principle for Washington’s trade negotiators, diplomats, and strategists.

The CCP virus pandemic has added urgency to a long-overdue reassessment of the assumptions underlying the post-World War II “international rules-based order.”

To be clear, “international rules-based order” is a euphemism for globalism, and globalism has taken a beating these past few months.

END_OF_DOCUMENT_TOKEN_TO_BE_REPLACED

The Connecticut Democrat who voted to impeach President Donald Trump apparently sees nothing wrong with meeting with “adversaries” as long as the meetings are conducted by Democrats. Trump seemed to be taken by surprise and told reporters Tuesday it “sounds like to me a violation of the Logan Act.”

END_OF_DOCUMENT_TOKEN_TO_BE_REPLACED

We’ve all seen the clip at least a hundred times. Speaking at a Council on Foreign Relations event in January 2018, former Vice President Joe Biden boasted that he threatened to withhold $1 billion in U.S. aid to Ukraine unless then-President Petro Poroshenko fired the prosecutor who was investigating Ukrainian natural gas company Burisma Holdings in the next six hours.

END_OF_DOCUMENT_TOKEN_TO_BE_REPLACED

My comment: The collective MSM is either a useful idiot, in collusion with the enemies within, or both.

“Don’t believe Iranian propaganda about the mourning for [General Qasem] Soleimani.” That’s the message or plea from Iranian journalist and activist Masih Alinejad published by The Washington Post on Monday. Unfortunately, as NewsBusters reporting on the liberal media’s reaction to Soleimani’s demise has shown, they were not heeding her warning and were willingly becoming mouthpieces for the murderous regime.

While the liberal media were running around and claiming Iranians were “united” against the United States by Soleimani’s death, they were made to look like fools when the facts of his barbarism were laid on the table.

END_OF_DOCUMENT_TOKEN_TO_BE_REPLACED My comment: He  completely misjudged Trump. His arrogance caught up with him and was his own undoing. Instead of talking softly while carrying a big stick, he bellowed loudly while brandishing a stick that may have not been as big as he thought.

Soleimani taunted Trump personally, suggests sleeper cells in chilling speech, ‘We are near you in places that you can’t even imagine’

END_OF_DOCUMENT_TOKEN_TO_BE_REPLACED

The sanctions are putting a great deal of pressure on Iran, and their people are rising in protest. However, Iran isn’t backing down militarily, possibly because they have support in the Democrat Party.

The Secretary has said this before but — mysteriously — no one is pursuing charges against the offenders.

END_OF_DOCUMENT_TOKEN_TO_BE_REPLACED

TNS) The Garbage Party on Thursday voted to formalize the process by which pencil neck Adam Schiff is holding his secret squirrel, behind-the-scenes, highly unorthodox “impeachment inquiry” regarding President Trump.

To remind everyone, this BS process was undertaken in response to the president’s alleged ‘abuse of power’ by asking for a “quid pro quo” from Ukrainian President Volodymyr Zelensky during a phone call in July.

That quid pro quo? A Democrat operative they are calling a “whistleblower” claims that Trump demanded “political dirt” on Joe Biden in exchange for military aid that had already been approved by Congress.

END_OF_DOCUMENT_TOKEN_TO_BE_REPLACED

The liberal #FakeNews mainstream media continues to play defense for Democrats insisting that Ukraine did NOT interfere in the 2016 US presidential election.
Of course, this is fake news.

The Gateway Pundit was the first publication to interview Ukrainian whistleblower and former embassy official Andrii Telizhenko back in December 2018.

In early 2016 Telizhenko was approached by DNC operative Alexandra Chalupa. She is still working at the DNC. She wanted dirt on Trump and his campaign manager Paul Manafort.