Comment: Many felt the draconian measures implemented from the beginning were a manipulation to serve a hidden agenda. As time passes and the decrees continue, many are beginning to agree with them. Readers can draw their own conclusions.

The tragedy of the COVID-19 pandemic appears to be entering the containment phase. Tens of thousands of Americans have died, and Americans are now desperate for sensible policymakers who have the courage to ignore the panic and rely on facts. Leaders must examine accumulated data to see what has actually happened, rather than keep emphasizing hypothetical projections; combine that empirical evidence with fundamental principles of biology established for decades; and then thoughtfully restore the country to function.

Five key facts are being ignored by those calling for continuing the near-total lockdown.

END_OF_DOCUMENT_TOKEN_TO_BE_REPLACED

Comment: Why does the West refuse to see Islamic  Jihad for what it is– sheer contempt for non-Muslims and an excuse to use  barbarous acts  and murder in order to cleanse the earth of the “infidels”.

France: Muslim killer of Jewish woman who screamed ‘Allah Akbar!’ ‘‘Dirty Jew!’ while beating her to death WILL NOT STAND TRIAL

Here is still more of the general European tendency to ascribe all Islamic jihad activity to mental illness. But no European authorities have any cure.

END_OF_DOCUMENT_TOKEN_TO_BE_REPLACED

Comment: The following post, although a bit long, is extraordinarily informative and well worth the time it takes to read.

The Ugliest China-Globalist Scheme Yet

By Robert A. Taft and Willa Kindt Zens

China is critical to globalists, from the United Nations to top corporations, open-border Democrats to Hollywood, the NFL to the NBA. With its 1.3 billion people, expanding middle class and relatively cheap labor and materials, that nation is critical to globalist economic aspirations. Globalists are critical to China because unwittingly they advance China’s need for power and world domination.

While their global visions don’t mesh, they need each other to dethrone nationalist Donald Trump, who is on the cusp of winning reelection in the Fall. For the past three years elite globalists and the Chinese have watched helplessly as the nationalist Trump has succeeded at every turn. Consequently China and globalists have formed an alliance to accomplish their goals. On the one side are corporations; foundations; the World Bank; the Bank of International Settlements, which is the central bank of most national central banks; the International Monetary Fund; and of course the United Nations. They want to establish a “new world order” where one central government with unlimited power controls the masses and global wealth. On the other, China just wants their power to grow with the misguided help of globalists.

Desperate times call for desperate measures, but COVID-19 has provided a solution that accommodates both parties. It is the most diabolical, most lethal project of Hegelian Dialectics ever engineered.

END_OF_DOCUMENT_TOKEN_TO_BE_REPLACED

Comment: Me thinks that Obama saw Biden as a harmless joke and unlikely to oppose him on anything.

That information was gleaned from declassified intel documents.

Comment: He was into treachery way further than his supporters ever dreamed.  He took them for fools.

(Washington, DC) – Judicial Watch announced today it received 138 pages of emails between former FBI official Peter Strzok and former FBI attorney Lisa Page. The records include an email dated January 10, 2017, in which Strzok said that the version of the dossier published by BuzzFeed was “identical” to the version given to the FBI by McCain and had “differences” from the dossier provided to the FBI by Fusion GPS co-founder Glenn Simpson and Mother Jones reporter David Corn. January 10, 2017, is the same day BuzzFeed published the anti-Trump dossier by former British spy Christopher Steele, The emails also show Strzok and other FBI agents mocking President Trump a few weeks before he was inaugurated. In addition, the emails reveal that Strzok communicated with then-Deputy Director Andrew McCabe about the “leak investigation” tied to the Clinton Foundation (the very leak in which McCabe was later implicated).

END_OF_DOCUMENT_TOKEN_TO_BE_REPLACED 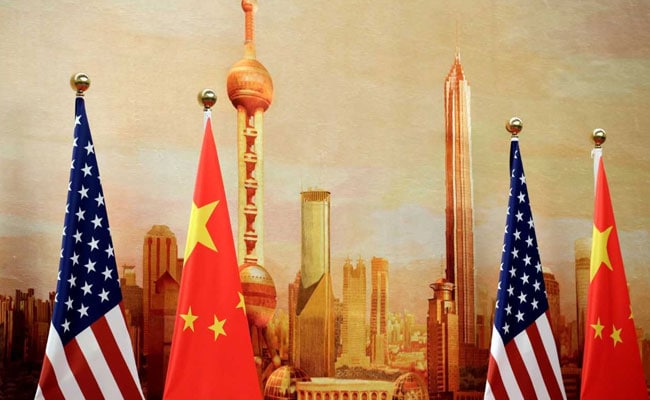 You can ignore reality, but you cannot ignore the consequences of ignoring reality—Ayn Rand

China’s strategy to reorient US tech companies is exposed — what next?

It used to be difficult to convince U.S. policymakers that China was stealing our intellectual property and gaining advantages over the United States in critical national security technology.

And it is our current national focus on the COVID-19 pandemic that yet again reminds us of the importance of innovation, technology, and supply chains — as well as China’s aggressive behavior to undermine these at the expense of the United States.

China’s aggressive behavior to outright steal our technological secrets, build a generic version of our technological platforms, and re-orient U.S. tech companies has been exposed, to paraphrase Ernest Hemingway, “slowly… then suddenly.”

END_OF_DOCUMENT_TOKEN_TO_BE_REPLACED Comment: The following post unveils the truth regarding the chicanery that the ensconced shadow government stoops to, not just against Trump, but undoubtedly had done so against past presidents and will continue to do so against future ones.  It is evil incarnate and must be destroyed.

by Margot Cleveland
These facts establish the FBI used Russia’s meddling with the 2016 election as a pretext to investigate Donald Trump and the special counsel’s office was complicit in this ploy.

END_OF_DOCUMENT_TOKEN_TO_BE_REPLACED

Jobless claims reached 22 million over four weeks due to the lockdown, which is now at Great Depression levels, and Americans are on lines at food banks, even in Boston. On that note, Nancy Pelosi had her Marie Antoinette moment. Standing in front of extremely expensive freezers/refrigerators ($24,000), she bragged about her many tubs of Jeni’s ice cream which costs $13 a pint.

END_OF_DOCUMENT_TOKEN_TO_BE_REPLACED

Are We Witnessing a Targeted Hit Against Trump Voters?

If you tried to design an attack against the president’s supporters, you couldn’t do better than what the experts have done in the name of public health.

The debate about “reopening the economy” is a phony debate.

It’s phony because “the economy” isn’t shut down. Far from it. Walmart is still open. Dollar General is open. Amazon is open. Alibaba is open.

END_OF_DOCUMENT_TOKEN_TO_BE_REPLACED

by Daisy Luther of The Organic Prepper

If you yearn for the days before COVID-19 swept across the planet, I regret to inform you that those days are gone.

This isn’t a warm and fuzzy blog post telling you that everything is going to be all right. If you’re looking for reassurance that “we’ve got this,” I’m afraid I can’t provide it. This article wasn’t written to console or coddle you, so if that’s what you’re seeking, you’re going to want to stop reading right now.

If, however, you want a reality check on what I believe we’re really facing, I’m not going to hold back. You’ve been warned. END_OF_DOCUMENT_TOKEN_TO_BE_REPLACED