Comment: The Leftist’s bald faced lies and  hypocrisy are appalling.

Joe Biden has made pandemic preparedness a theme of his attacks on President Trump in recent weeks.

But, according to analysis from Gregg Re at Fox News, the Obama-Biden administration repeatedly sought to cut hundreds of millions of dollars in funding to the Centers for Disease Control and Prevention (CDC), “seemingly undercutting former Vice President Joe Biden’s repeated attacks on the Trump White House for its pandemic preparedness.”

END_OF_DOCUMENT_TOKEN_TO_BE_REPLACED

Comment: Will there be a victory against this particular arm of the was against women? Allowing biological males to compete in women’s sports is sheer lunacy, and disguising it  as political correctness and “fairness” is so off the charts that there must be a hidden agenda.  Perhaps in a dystopian globalist future there will be no need for women,  and males will be neutered at birth. Only the elites will be allowed to reproduce. The males will be test tube babies and  serve as slaves to their elitist masters.

Posted by Mary Chastain
What do a bailout for the post office and a diverse corporate board have to do with the coronavirus pandemic?

Never let a crisis go to waste! When the government sees an opportunity to obtain more power they take it. Thing is they will never let go once it gets that power.

Speaker of the House Nancy Pelosi displayed that attitude today with her “Take Responsibility for Workers and Families Act.”

Don’t you love the names they give their bills? You cannot vote against it because then you hate workers and families!

END_OF_DOCUMENT_TOKEN_TO_BE_REPLACED

Comment: Many  believed from the start that this virus was either a biowarfare weapon,  a strategy to crash the American system, or both. It is starting to get serious and alarms are now sounding in earnest. Many will suffer. Can food riots and critical supply shortages be on the horizon?  The Leftists will crank up their trusty disinformation machine and do all they can to create chaos

Democrats and Coronavirus: Alinsky on Steroids

During the course of research for my book “Rules for Defeating Radicals” (Available at Amazon), a fundamental principle of the leftist Alinsky ideology became glaringly apparent. Leftists never truly care about any cause they claim to champion. It is always and only about exploiting the plight of others to gain political leverage and power.

As the Coronavirus drama continues to unfold, this abhorrent leftist character trait is now front and center, and in a manner that may eclipse any previous leftist antics. While it is all important for President Trump to focus on protecting the health of Americans, it is no less crucial to be on the lookout for the ulterior motives of the left, in order to prevent them from exploiting this potentially grave situation to advance their truly dangerous agenda.

END_OF_DOCUMENT_TOKEN_TO_BE_REPLACED 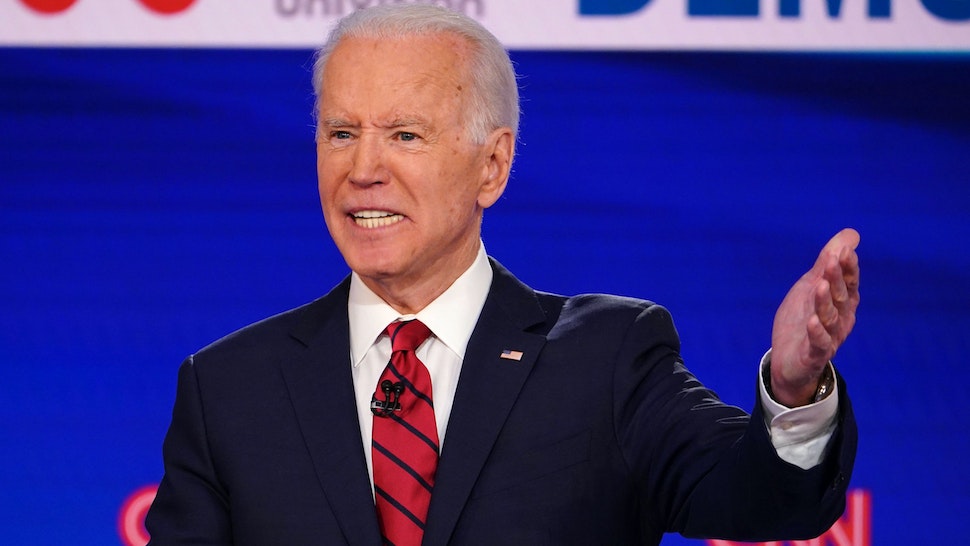 Comment: Uncle Joe went nuclear and gave his pie-in–the sky moderate supporters a rude awakening. We need to ask ourselves is this the true Biden, or did he even know what he was saying? Neither choice is good.

BIDEN GOES EXTREME: Give Oil Industry ‘No Ability’ To ‘Continue To Drill’, Take ‘Millions’ Of Cars Off The Road

END_OF_DOCUMENT_TOKEN_TO_BE_REPLACED

Comment: Even if the feckless EU leadership does eventually wake up, then what?  Will they pull  their heads out of the sand and fight? Can they not see that tearing down the Greek border is an act of War?  By allowing Greece to bear the full brunt of this invasion, openly aided and abetted by Turkey, the EU leadership has shown its true colors more blatantly than ever.

An act of war against a people the Turks have long waged war against.
#GreekGenocide

Comment: Is this mayor familiar with that little part of the Constitution called The Bill Of Rights?  The article below discusses her many intended violations in case of “emergency”.

The mayor of Champaign, Illinois has signed a declaration of a local emergency that she claims gives her the power to ban the sale of firearms and ammunition, as well as seize private property and ban the sale of food, water, fuel, and clothing.

Katie Pavlich at Townhall has more details on the order, which seems to violate the Constitution in any number of ways. Check out some of the powers the mayor has granted to herself.

END_OF_DOCUMENT_TOKEN_TO_BE_REPLACED

Comment: Thanks to the previous administration and its elitist/globalist buddies who sold us out we knew that, sooner or later, a scenario like this would happen.

China Threatens  America with the Mighty Sea of the Coronavirus’

The country that brought Wuhan Virus into the world is now threatening us with it. It’s time to reverse the leftist sellout of America that has put Beijing in charge of our drug supply chain.

China’s Xinhua News just posted a piece titled “Be bold: the world owes China a thank you”, which says if China imposes restrictions on pharmaceutical exports, US will be “plunged into the mighty sea of coronavirus”. https://t.co/us3QJB7kIa

China Threatens to Throw America ‘Into the Mighty Sea of the Coronavirus.’ 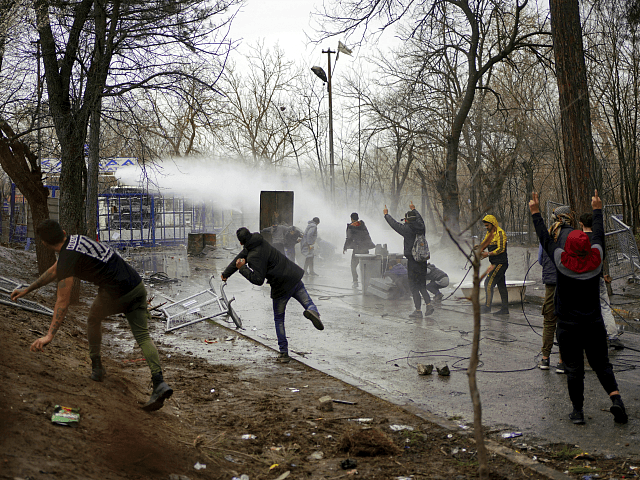 Comment: Greece “gets it” Hijrah on steroids. The EU waffles.

Greek Government: Only Four Per Cent of ‘Refugees’ Breaching Border Are Syrian

Just four per cent of the supposed refugees who have breached the Greek border in recent days are Syrians, according to the Greek government.

Recep Tayyip Erdogan, the Islamist president of Turkey, claimed he was opening his borders to Europe in response to the threat of a fresh wave of refugees from Syria — despite the fact his reason for invading the north of the country was, ostensibly, to carve out a safe zone for Syrian refugees to be settled in.

However, the Greek government reports that only a small minority of the migrants who have breached their border defences since Erdogan “opened the gates” are Syrian — and even then many are said to be people long-established in Turkey, not new migrants fleeing the fighting between Turkey, its jihadist rebel clients, and the Russian- and Iranian-backed Syrian government.

Countries of origin of the 252 migrants and refugees detained in Greece so far, per Greek govt:

The vast majority of the migrants detained in Greece, the government claims, are actually Afghans, comprising 64 per cent of the total.

Migrants from Pakistan account for almost a fifth of detainees, at 19 per cent, with migrants from Turkey itself in third place, at 5 per cent.

Syrians are said to be in a distant fourth place, at just four per cent, followed by Somali migrants at 2.6 per cent, with migrants from countries across Asia and Africa including Iraq, Iran, Ethiopia, Morocco, Bangladesh, and Egypt accounting collectively for 5.4 per cent.

The Turkish government disputes the Greek government’s numbers, however, suggesting that well over a hundred thousand migrants have reached Europe, and not only a few hundred as the Greeks suggest.

Erdogan’s decision to “open the gates” to Europe is widely regarded as a form of punishment for European governments’ lack of sufficient report, as he sees it, for the Turkish invasion of Syria, and was taken after a number of Turkish soldiers were killed in an airstrike mounted by either the Syrian government or its Russian allies.

Greek prime minister Kyriakos Mitsotakis has insisted that “Europe is not going to be blackmailed by Turkey” and that his government has “every right to protect our sovereign borders”, which is also part of the common external border of the European Union’s frontierless Schengen Area.

Officially, the European Union is backing Greece — although the rhetoric from some of the bloc’s more left-liberal members has not always been helpful, with the millennial feminist-led Finnish government having branded Greece’s decision to suspend asylum applications while the crisis is ongoing “wrong”.

Comment: It was very clever to put up an attractive Marxist (well hidden) black candidate whom nobody would dare to attack over anything he did. The race card has now largely lost its value. More  and more citizens are examining politicians’ policies rather than their identity. The following article is informative and well worth the read.

But applying rules to Obama was declared per se racist, so that didn’t happen.

Barack Obama’s eight-year tenure was detrimental to the United States, but like most of his nonbelievers, I harbor no animosity for his person.

Few critics that I know advocated that Obama be impeached, much less removed from office, before his reelection bid—even amid his worst scandals and dangerous policies. But we are now in a new age, whose protocols might have made it impossible for the Obama Administration to have finished two terms.

Remember, his administration ran some 2,000 guns to Mexican cartels in some hare-brained scheme to monitor violence spilling into the United States. Under the new customs, he should have been impeached for instructing Attorney General Eric Holder to refuse to testify to Congress about Fast and Furious, or at least for not handing over subpoenaed documents. Imagine a Trump gun-walking scheme in Mexico.